Behind the Scenes: Mega Streams!

If you watch my streams, you would know that sometimes (specifically on Sundays), things can get a little crazy.  We’ve had streams as long as 10.5 hours, and streams where I’ve went through as many as 12 boxes of Half Dollars in one single night (yes, that’s 12,000 Half Dollars searched).  If you think to yourself for a second, just how long would it take for you to count from 1 to 12,000, you’d understand how much of an undertaking looking at the date of every single Half Dollar of a pile of 12,000 would be in just one night.  For another way to look at it, 12,000 seconds =  3 hours and 20 minutes.  That doesn’t include the fun games like Seeker Dice and the board game, and of course the pulling of the awesome bags that go along with the coin rolls.

Well, I took some photos, and I thought I would go through them with you here, and let you take a glimpse behind the scenes on these epic nights!

So you’re wondering where all of those half dollar wrappers and boxes go right?

As you can see by browsing the gallery below, 600 half dollar wrappers that aren’t compressed down can quickly overrun an unaware trash can can drown it into oblivion.  The boxes themselves, well, you see my throw them off the screen… this is the pile that the poor things end up in after I am done with them.

Sadly for these boxes, the ones that aren’t cut up to be used for coin cardboard, are shredded to be used as effective (albeit heavy) packaging material.  You usually don’t see my use their shreddings in First Class packages, but when we get to the flat rate boxes and the weight doesn’t matter, you start to see those boxes crammed full with bits and pieces of their fallen brethren.

What about the Half Dollars, where do they go?

Well, thanks to Vicki C of the Fam and Tessa Cunningham, I have an awesome and HUGE bin to dump my half dollars into!  Fortunately, this bin has held up VERY well to the massive weight of thousands of half dollars!  If you even wondered how huge a pile of 12,000 half dollars is, just take a look.  As you can see, I used a ruler to display the diameter of the bin, as well as how tall it is.  You can see the bin is 20 inches tall, but on the inside I can only go 10 inches deep.  That means the bin was officially half full with 12k half dollars!

Is it worth it?

As far as Silver is concerned, sometimes!  There are certainly those times where you are going to get “skunked” on finding Silver coins.  But of course there are also those nights (like 5-12-18) where you will find over 130 Silver Coins in one night!  But the FUN part of it is always worth it!  If you are into coin roll hunting, doing it on a MEGA scale is most certainly a blast!

Below is a gallery of pictures I took of the aftermath from one of our MEGA Streams… feel free to browse below for a quick behind the scenes look at everything.  Then, leave a comment and let us know what you think! 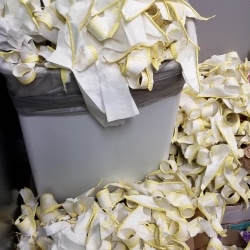 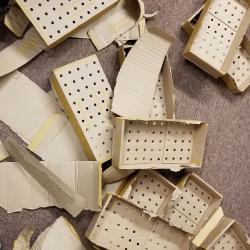 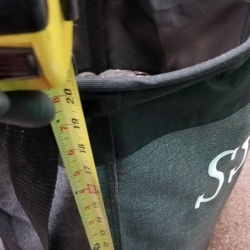 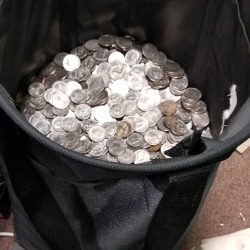 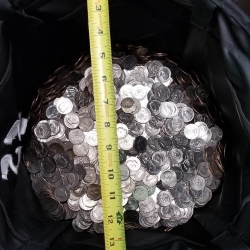 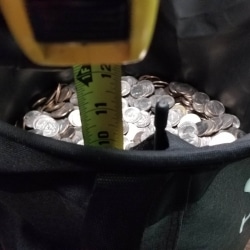 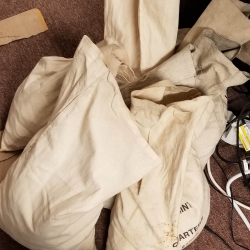 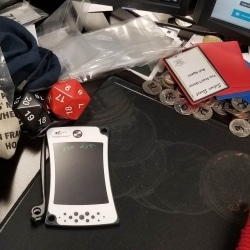 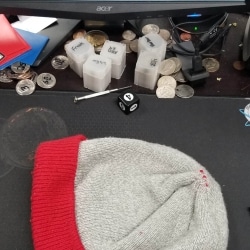 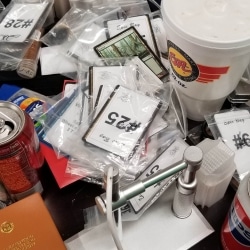 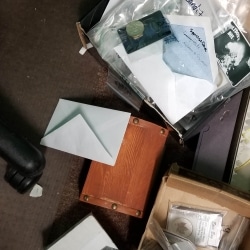 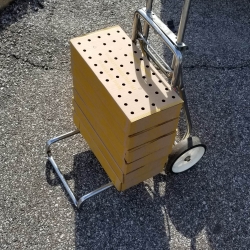 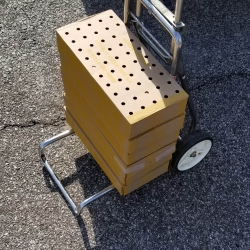 What are Artifically Toned Coins?

Check out our Silver Seeker Merch!

Pre-33 Gold is too Beautiful!