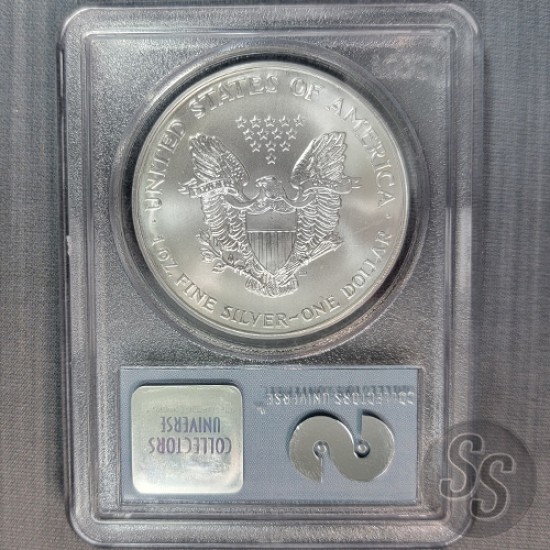 September 11, 2001 is a date forever carved into the memories of all Americans old enough to bear witness to the day's heartbreaking devastation, a series of events immediately followed by unwavering acts of heroism by First Responders. Months after the attack on the World Trade Center, vaults were found intact at the sub-basement levels, with coinage such as this 2001 American Silver Eagle in their depths. Of the 9,001,711 American Silver Eagle bullion coins minted in 2001, it is unknown exactly how many were recovered from Ground Zero.

"While I am aware of the controversy surrounding the owning of something from such a dark day in the United States History, I also believe that we should never forget that horrible day and should honor and remember those that lost their lives that day."

Based on 1 reviews. - Write a review
$199.99
Add to Cart
Buy Now Enquire
Add to Wish List Compare this Product
Tags: 2001 Silver Eagle , WTC , Ground Zero , Recover Coin , 1oz Silver Eagle , Fine Silver , PCGS , Gem Uncirculated
Cookie Notice
This website places cookies on your computer to give you a better experience! This link (Click Here) shows how how to disable your cookies if you with to do so. Otherwise, continuing the use of this website assumes that you are okay with the cookies that our website uses.