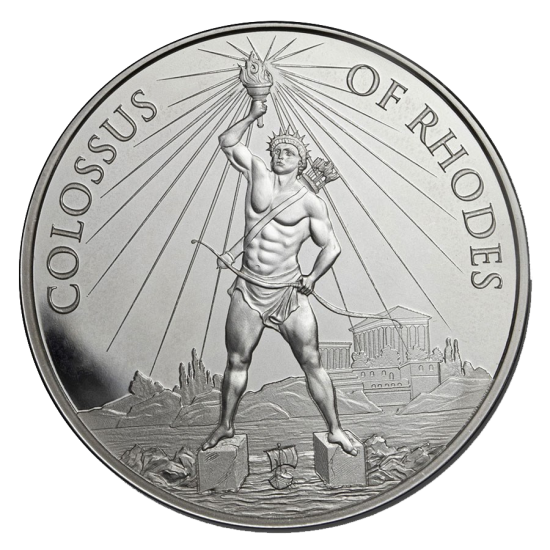 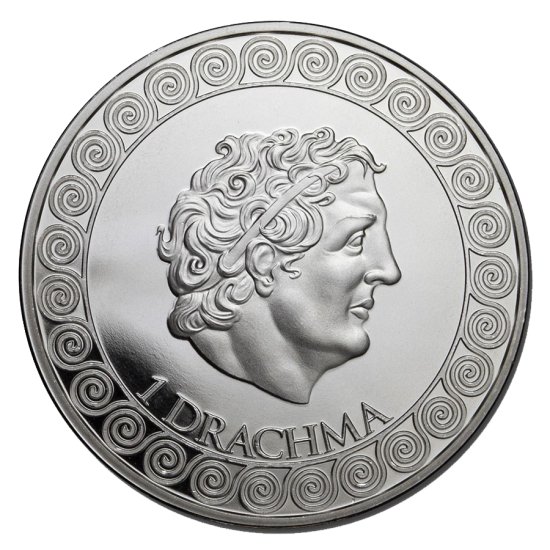 New Hot Out Of Stock

The 7 Wonders of the Ancient world are among the most famous landmarks in human history.

The Colossus of Rhodes was a massive 33-Meter statue of the sun god Helios. It was erected on the Greek island of Rhodes shortly after their victory in the Siege of Rhodes, where they successfully defended the island from the Macedonian leader Demetrius Poliorecetes. King Ptolemy I of Egypt, a close ally of the city, assisted greatly in the victory. His effigy is displayed on the reverse along with a denomination accurate to the era.

Based on 1 reviews. - Write a review
$42.64
Add to Cart
Buy Now Enquire
Add to Wish List Compare this Product
Tags: Silver , Round , 1oz , .999 Fine , 7 Wonders of the Ancient World , Colossus of Rhodes
Cookie Notice
This website places cookies on your computer to give you a better experience! This link (Click Here) shows how how to disable your cookies if you with to do so. Otherwise, continuing the use of this website assumes that you are okay with the cookies that our website uses.